“I started boxing in 1996 while I was studying Civil Engineering in Christchurch. I loved it, it just clicked. When I started working for Railways it was partly because the job was close to a gym. Chris Kenny coached there, he was a legend, and he started training me.
"I was just boxing because I liked it, I didn't have any particular dreams. It was Chris who said come up with a goal. He said you should be trying to get to the Commonwealth Games. It was like saying you should have a goal of going to the moon, but it did help me get more motivated. After that everything I did I thought, how does this help me get to Manchester?
"Boxing isn't like other sports in that you turn up on a Saturday and know who you're competing with. Sometimes you'll train all week, turn up on the day, get weighed and then can't get an opponent. It toughens you up mentally, that uncertainty. You have to keep picking yourself up. Some people couldn't handle it, the disappointment of setbacks.
"That resilience has been useful during the rebuild of the Main North Line between Christchurch and Picton. We had to pull together so much so quickly, we had to get 1700 people out to the area and build a village for them to live in, we were hitting milestones, then going into winter we had two cyclones which put us back again. We were trying to deal with setbacks and still get ahead.
"There were lots of parts of KiwiRail that drew together really quickly for a common goal. Getting to the Commonwealth Games was my goal, opening the Main North Line became our goal. It is really inspiring and motivating to work towards something. I succeeded in getting to the Commonwealth Games and we succeeded in getting trains back on the MNL - definitely life highlights.” 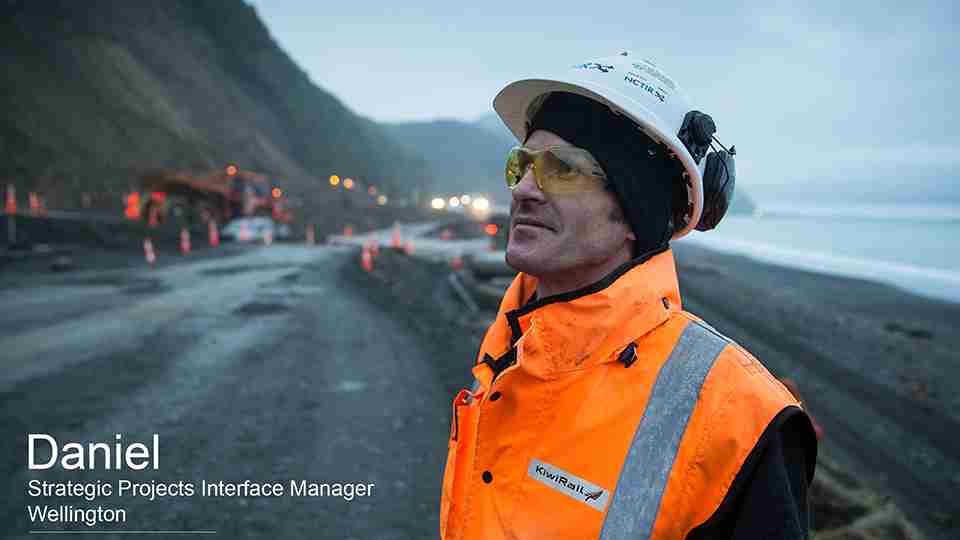