“A big drawcard for coming to New Zealand was rugby. I was living in Texas before I came here, I’d been playing touch socially and one of my mates was like “I don’t see why you can’t play rugby for a men’s team, there’s nothing that says you can’t”. I played for them for two years and we made the final, but then the unions saw me and said nah. There had been a lot of complaints about me playing, some of the men really struggled with the idea of tackling a woman. I was banned from playing for the men’s teams but my coach went out and found me a women’s team about 30 miles away. Coming to Dunedin, I could choose between about eight teams so I was just fizzing.
"While I was in Texas I worked at a vet clinic, but when I came to New Zealand I started doing metal casting in the foundry at Hillside and now I’m a Rail Operator in Dunedin. I love the job, I’d rather be outside doing manual work, and the guys here are awesome.” 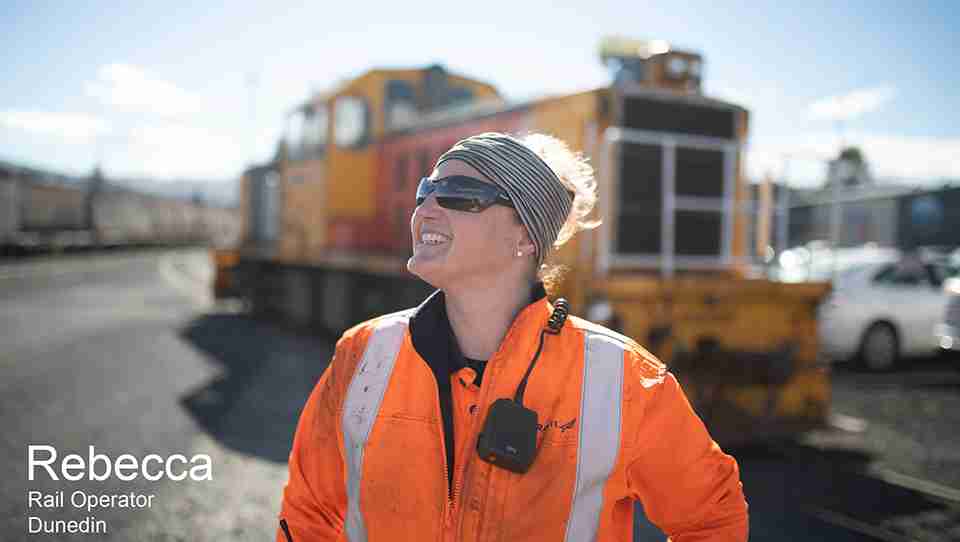