"The Kaimai Tunnel is 8.9km, it’s the longest in New Zealand, and believe it or not you actually can see the light at the end of the tunnel when you stand at one end.
"On a 12-hour shift, on average I’d spend about half of that time in the tunnel. It’s been quite good because it’s been pretty hot outside – although it does get hot in some parts of the tunnel too. There’s certain areas where the temperature can get up to 30 degrees, it’s a challenging environment.
"My passion outside of work is I make guitars from cigar boxes. I gather sticks of wood, quite often from along the railway, I make the stick into a neck, and I graft it into the cigar box and put electronics into it.
"I haven’t taken one on site yet, but a lot of the guys ask me about them. The acoustics in the tunnel would be pretty good I imagine." 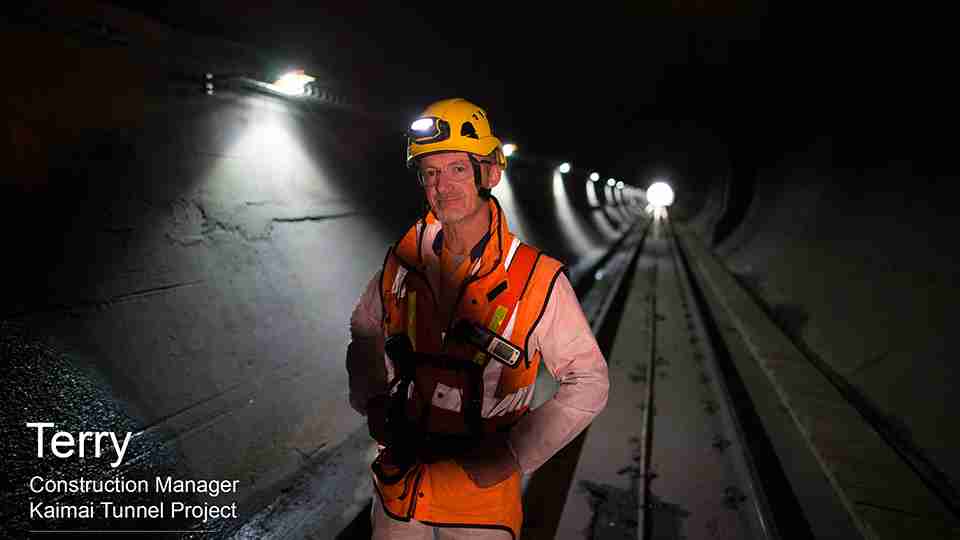