Trains running between Picton and Christchurch are using a new stretch of rail track that bypasses the oldest tunnel on the Main North Line, bringing greater resilience to the key freight and tourism route.

KiwiRail, working with Waka Kotahi NZTA, has built one kilometre of new track and a new road overpass for State Highway One just south of Ward in Marlborough to bypass the 108-year-old Tar Barrel Tunnel. The new rail and road layout build greater earthquake resilience into the region’s transport networks.

Due to its age and restricted width, trains had to slow down markedly to travel through Tar Barrel Tunnel. The tunnel was repair after being damaged in the 2016 Kaikōura earthquake but was still not up to modern standards and continued to cause operational constraints.

The decision was made to close the tunnel and bypass it with the new track alignment. The two-year construction project involved temporarily moving part of the state highway for 11 months, while the Ruakanakana Overpass was constructed. It opened to traffic in November 2020 and was named in consultation with Ngāti Kurī hapū of Ngāi Tahu.

Approximately 400,000 cubic metres of material was cut out of the hillside alongside the tunnel to make a path for the new rail alignment. At it’s peak more than 80 people worked on the project at one time, some of whom have been involved in earthquake recovery repairs in the region for more than four and half years.

We wish to acknowledge the key project contractors Tonkin & Taylor and HEB Construction. It has been a big job in a remote location, with lots of the team making Marlborough their home away from home for the project. 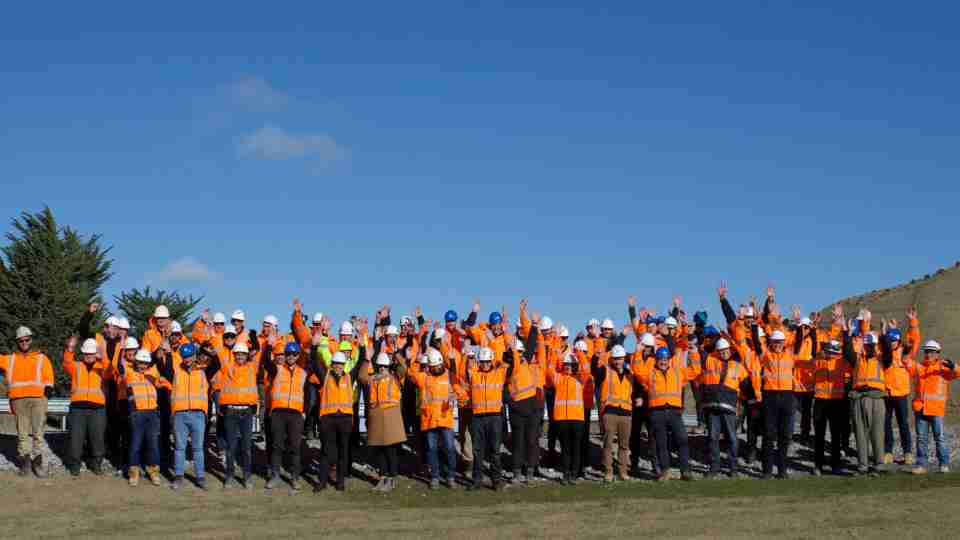 Looking south towards the coast, Tar Barrel Tunnel portal and the old track alignment is visible on the right.

The new 1km stretch of track opened to trains in May 2021. 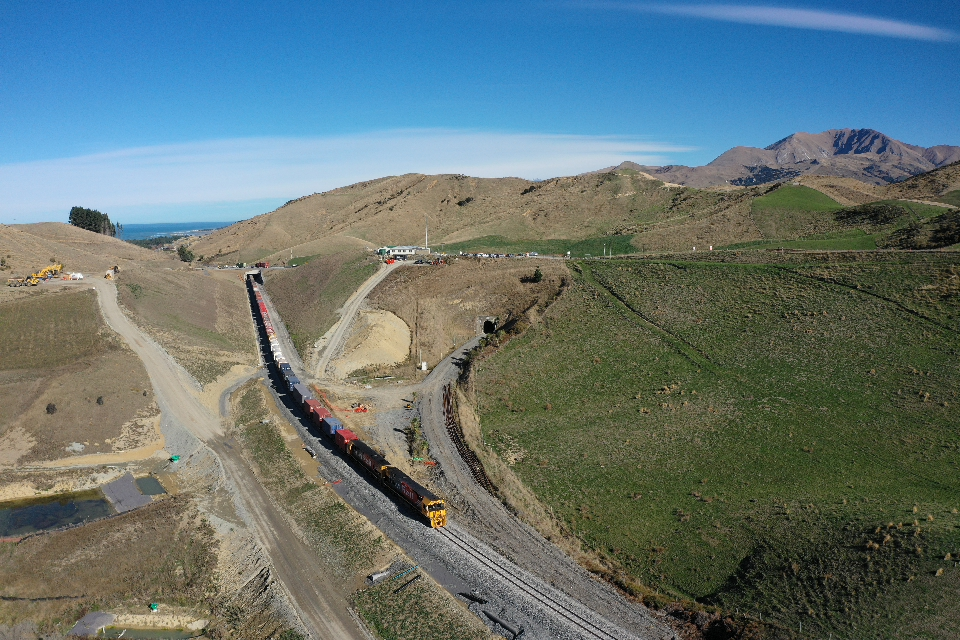