David oversees KiwiRail's strategic capital projects. David joined KiwiRail in 2007 when he began working on the Wellington Regional Rail Programme as Project Director. More recently, David held the roles of GGM Asset Management and Investment, and GM Network Performance. Before joining KiwiRail, he worked as a consultant in the transport infrastructure business, was Planning and Development head for Wellington International Airport and a Senior Manager in the strategy consulting team of Ernst and Young.

Helen leads our collaboration with government agencies on transport policy, funding and investment frameworks.
She joined KiwiRail in 2014, working in senior finance, funding and strategy roles.
Prior to KiwiRail Helen worked as a consultant leading finance transformation programmes, after several years as Financial Controller for Wellington City Council.

Joanne leads our communications team which is split between Auckland and Wellington, and deals with internal and external communications, including media relations.
She re-joined KiwiRail in 2020 having worked here for a year in 2015/16.
Joanne has an extensive background in journalism, most recently as deputy editor and a columnist for the New Zealand Listener. She was for many years a reporter in the Parliamentary press gallery before going “over the wall” in 2012 to work as a press secretary to the then Finance Minister and Deputy Prime Minister Bill English.

Garry is KiwiRail’s Group CIO, overseeing objectives and strategies for the IT department, selecting and implementing suitable technology to streamline all internal operations and deploy systems and platforms to improve customer experience. Garry has 23 years experience in CIO and general management operational positions within the transport and logistics sector. Prior to KiwiRail, his previous roles included CIO Mondiale, General Manager ANZ for Coretex, General Manager Specialised Transport for Toll, Group General Manager IT for Tranz Rail and CIO at Mainfreight. 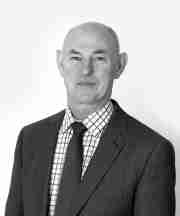 Alastair is currently the Group General Manager for Zero Harm and has been with KiwiRail more than 30 years with extensive experience across all parts of the organisation both at an operational and delivery level.
His various roles have included shunter, locomotive engineer and trainer, and more recently he has been Christchurch Terminal Ops Manager and Head of Strategic Change for Zero Harm.
He has added to his rail knowledge with a Post-Graduate Diploma in Rail Safety and is completing a Masters in Transport Safety Management.

Jonathon has led KiwiRail’s legal team since 2015, overseeing legal and regulatory matters across the KiwiRail group, and providing company secretarial support to the KiwiRail Board. He has more than 17 years experience practising law in private practice and in-house roles. He has previously worked as a corporate lawyer in major law firms in New Zealand and London. After returning to New Zealand, he has worked in-house in the transport, infrastructure and construction sectors.

Robert leads the KiwRail construction team responsible for delivering the significant programmes of capital works - ensuring the business achieves the targeted benefits, safely and on time. The team includes plant and protection, and supports the various capital programmes to achieve the objectives required to ensure the successful transformation of KiwiRail over time.
Robert joined KiwiRail in 2020 and brings a wealth of experience from almost 30 years in the building and infrastructure industry. Robert has experience in commercial construction, has owned an infrastructure construction business and undertaken his own building developments. Originally from the dairy industry, Robert also led a range of businesses during his 20 years at Fletcher Building.

Sue is currently the Acting Group General Manager Human Resources, overseeing HR strategy and operations, employment relations, learning and development, culture and diversity programs, talent acquisition, strategic workforce planning, and HR technology systems. She joined KiwiRail at the end of 2019 and brings 20 years of extensive experience working within and leading teams in large complex highly unionised organisations. Before joining KiwiRail she held the role of Director for HR and Organisation Development at the New Zealand Blood Service, an essential service in the public health sector.

Rod is KiwiRail’s Group Chief Financial Officer, responsible for the Company’s accounting and finance operations, together with providing governance over all financial processes and policies. Rod is an experienced financial executive and leader in both professional accounting and industry environments. Rod has spent almost 20 years in senior financial leadership roles working in the network transport and logistics industry, having worked at both Tranz Rail and Toll New Zealand. Rod is a qualified chartered accountant with CAANZ, and joined the KiwiRail executive team in August 2019.

Olivia is the Executive General Manager Property, overseeing property development and partnering, leasing, facilities management, resource management, crown land use and iwi engagement. She has been at KiwiRail since 2017 holding roles in the legal and property teams. Olivia previously worked in property and legal roles in both Australia and New Zealand, including five years at Auckland Airport working across their property, retail and corporate portfolios.

Walter is the Executive General Manager Interislander leading the team providing a freight and passenger ship operation across Cook Strait. Prior to this he was the GM Strategic Projects and led the infrastructure recovery after the 2016 Kaikoura Earthquake for KiwiRail. Walter is senior engineer and manager with a large amount of experience with transport infrastructure, logistics/operations and preparing business cases. He has also led delivery of a large number of other major transport infrastructure projects and operations throughout New Zealand.

Siva is KiwiRail’s Chief Operating Officer – Rail Operations, overseeing all operational parts of the business including commercial revenue, freight logistics, networks infrastructure, engineering, and rolling stock asset services, areas which account for around 3000 of KiwiRail’s staff. Prior to that he was the Executive General Manager Operations, overseeing the Freight Logistics, Networks Infrastructure, and Engineering business groups.

Siva joined KiwiRail in 2015 and has worked in various leadership roles, including General Manager Operations – Upper North Island and North Island Networks Services Manager. Before moving to KiwiRail Siva had more than 15 years in the roading and construction industries both as a consultant and as a contractor.