Rail networks have long played a critical role in the economic and social development of New Zealand and as such are a significant investment and cost to the country.

While we know the costs, there is an economic value of rail in New Zealand which is not captured in traditional profit and loss calculations.

These often hidden benefits are delivered to all New Zealanders through social, environmental and economic values which were first quantified in 2016 by professional services firm EY. They have now updated The Value of Rail in New Zealand report to reflect rail’s growing contribution. You can read the updated report here.

The 2021 report found that the total value of rail in New Zealand was estimated to be $1.70 billion - $2.14 billion each year, from – reduced congestion by taking cars and trucks off our roads; reduced greenhouse gas emissions and air pollution; improved road safety, including fewer injuries and fatalities; lower road maintenance costs for taxpayers; and fuel savings.

Please note: the figures in this graphic and the graphic below are mid points in a range and have been rounded. 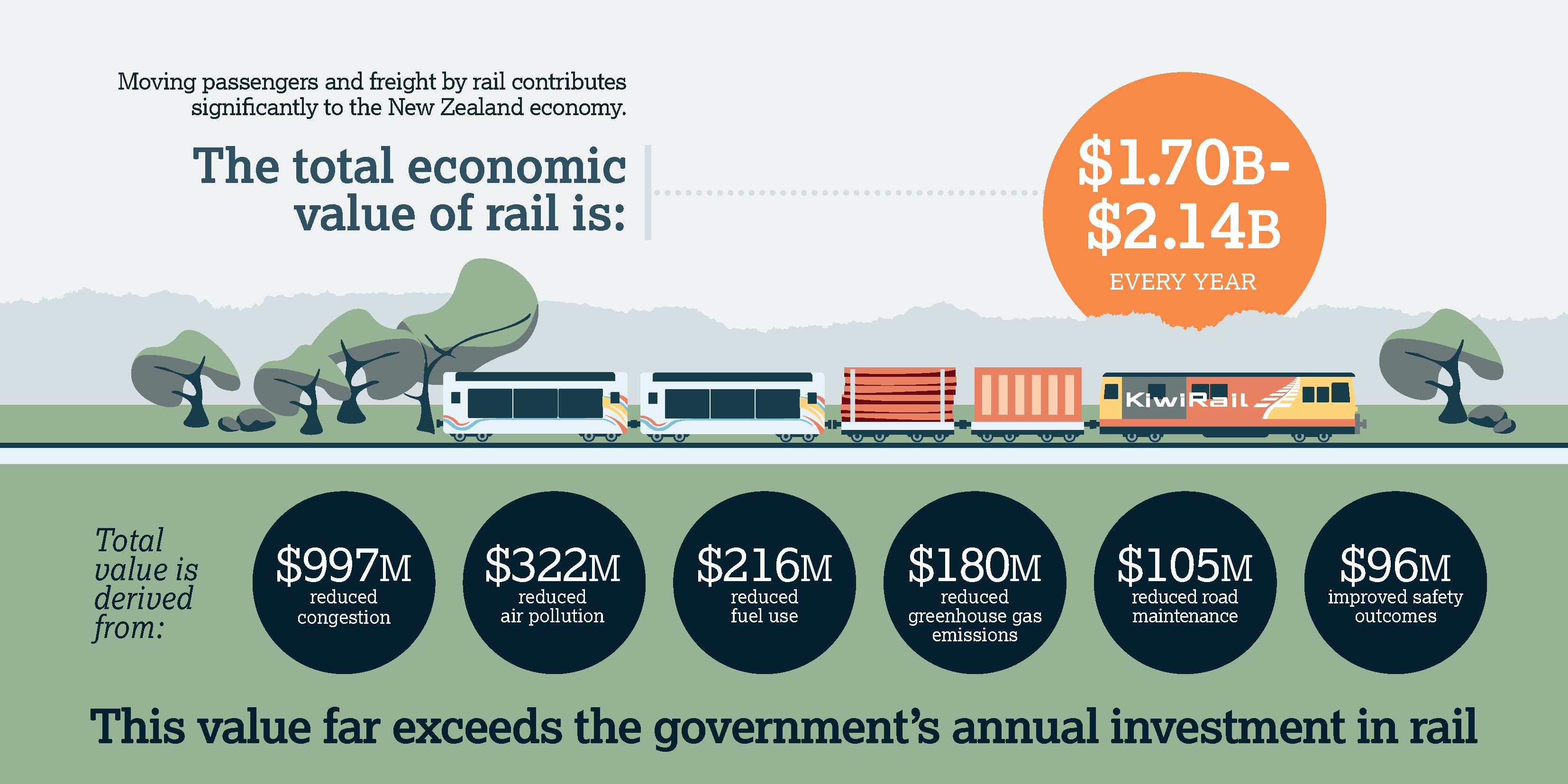 This conservative value measures what the economic impact would be on the roading network and New Zealand more broadly if rail disappeared tomorrow. The savings far exceed what the Government puts into rail each year.

Rail makes a huge contribution to New Zealand. Pre-Covid more than 35 million passenger journeys were taken on rail each year and 25 percent of our export goods travel by rail.

Imagine the impact on the number of cars and trucks on the road, and our environment if the rail network did not exist. 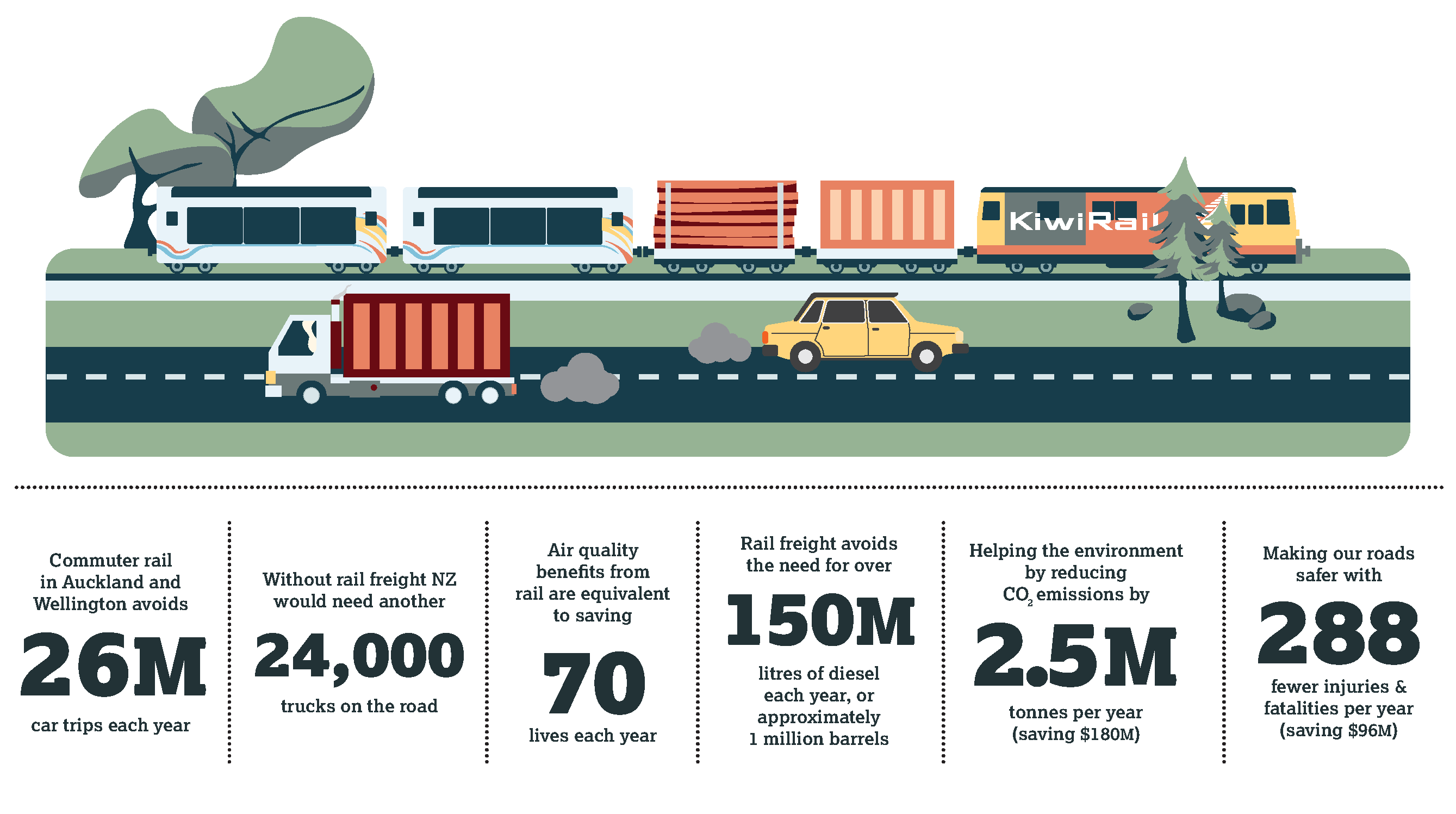 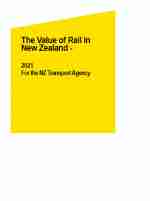 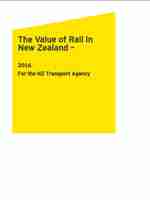