The dedication of KiwiRail staff in building the rail network from Bluff to Ashburton connecting  New Zealand communities has been honoured with a 2.5m long carving in Dunedin.

“KiwiRail’s success is built on its people and it is fitting that their tremendous contribution to building the organisation and building the country is marked in this way,” says KiwiRail Chief Executive Peter Reidy.

“Rail delivers up to $1.5 billion a year to New Zealand in hidden benefits,  including cutting congestion, reducing greenhouse gas emissions, improving safety on our roads and lowering spending on road maintenance and upgrades.

“None of that would be possible without the skill and dedication of our 3400 workers.

“We believe in strong, connected communities, and in breaking down barriers, and this carving illustrates that beautifully.

The carving, Te Ara Tiiira (The Steel Pathway) was unveiled at  KiwiRail’s offices in Dunedin this morning.

Te Ara Tiiira was carved by Alex Whitaker in totara, with paua, bone, pounamu and rail material inlays, and is mounted in the stairwell of KiwiRail’s Dunedin office.

Each of the locations is represented by carved figures. 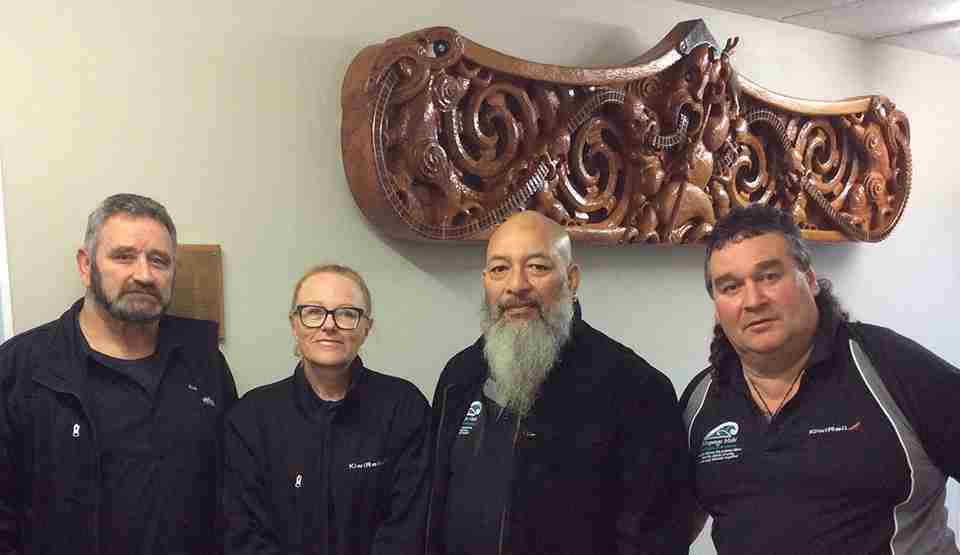