Every day on average, somewhere in New Zealand there is a near-miss on a railway line.

KiwiRail Group Chief Executive Greg Miller says while people might walk or drive away after a near miss, these split-second decisions can cause long-term effects for everyone.

“People are risking their lives and just one second of inattention at a railway crossing can create a circle of trauma rippling outwards – impacting friends and families, our drivers and the community.

“A freight train weighing 1,000 tonnes across 30 wagons can take a kilometre to come to a stop once the brakes are applied. It also takes time for the commuter trains in Auckland and Wellington to stop.

“Quite often our locomotive engineers know how it’s going to turn out. They sound the horn, hit the emergency brakes and, often, hit the floor and get behind a safety block.

“They are hoping that against all the odds the person or vehicle will get out of the way in time, and that this won’t become one of the worst days of their lives.”

There has been a drop in recorded near misses on last year, but Mr Miller says that is no reason to relax.

“It’s likely the COVID-19 lock-down has played a part in the drop, as between late March and June near misses halved at level crossings compared with the same time last year.

“However, it’s not just people and vehicles involved in near misses. Last year there were more than 200 near misses involving livestock in the rail corridor. This is highly distressing for the animals and can be too for the farmers who take care of them.”

“In the last twelve months KiwiRail recorded more than 300 near misses across the rail network. Of these, 191 near misses occurred at public level crossings and the majority of those crossings had flashing lights and bells or barrier arms.

“This shows us that even with warning signs and protections in place, some motorists and pedestrians are still either being complacent, or taking unnecessary risks.

“For this year’s campaign, we’re sharing stories of locomotive engineers who have experienced a near miss that’s been caught on camera. It’s a chance for people to hear the drivers’ stories and to put themselves in their position.

“We’ve set up a campaign website where people can explore near-miss memorials, which are locations where there’s be a recorded near miss, mostly at level crossings.

“These near misses are represented by a thought-provoking half cross ‘memorial’ to show the severity of what could have happened and that these people narrowly avoided a serious or fatal collision.” 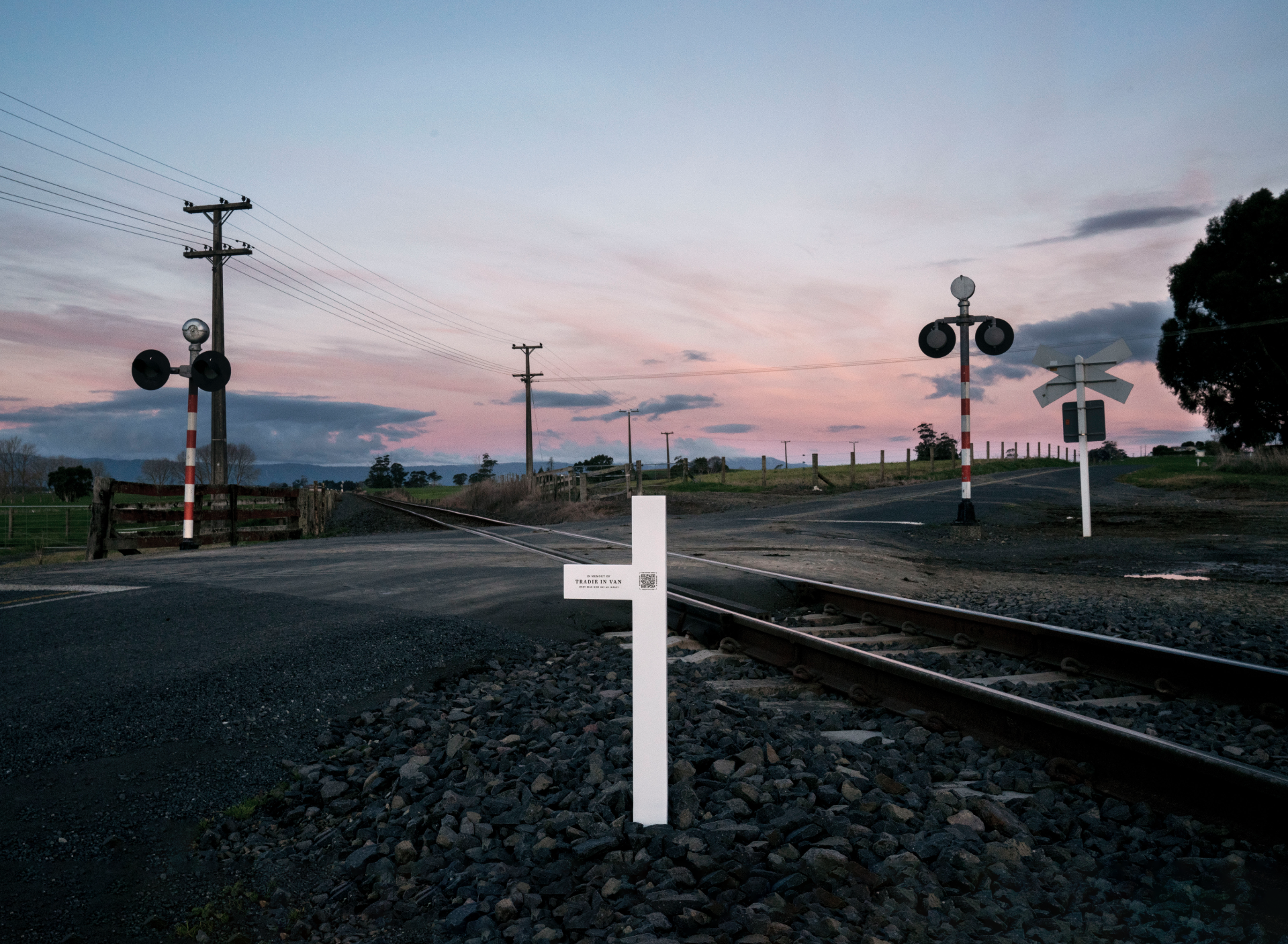